﻿How a Community is Giving Residents Desirable, Workforce Housing:

Fannie Mae partnered with DUS lender PGIM to finance the deal. This inspiring story about a visionary leader has transformed workforce rental properties into dynamic and desirable communities.

It shows how the 'double bottom line' works - illustrating that it's possible to do well and also do good.

Wah Luck House was built in the early 1980s and is the home to many residents who immigrated from China. It is one of the last remaining affordable property in Chinatown DC.

Originally built for returning World War II veterans and their families, Stuy Town was a bastion of middle class housing for decades. In 2010, its owner defaulted and the complex fell on hard times.

Hunter's Point South is the largest affordable-housing development constructed in New York City since the 1970s.

The prime waterfront spread was intended to house Olympic athletes for the 2012 games. New York lost that bid, and the land went up for sale.

Related Companies bought it, and, with financing from Wells Fargo and Fannie Mae, built two high-rise towers with 5,000 housing units. Of those, 925 are designated as affordable.

With its 24-hour concierge desk, fitness facility, rooftop gardens and decks, and children's playroom, Hunter's Point South residents may feel like lottery winners. Indeed, many of them were. Ninety-three thousand people vied to live in the complex's 95 affordable units – one of them says it's like "Christmas morning" being there.

Land's End: Wiping the grime while preserving character and affordability

Nestled around the footings of the Brooklyn Bridge and Manhattan Bridge, the aptly named Two Bridges neighborhood in Manhattan's Lower East Side has housed immigrants for decades in tenement and public housing. Those years have not been kind to many properties, which have become unlivable.

While enthused to have new housing options, neighborhood residents wanted to be sure any new construction would preserve the area's character and affordability. Lands End housing community scores on both.

Constructed by L M Development Partners, the two 26-floor towers were designed with input from residents who now like what they see. The Section 8 (low income) project, funded by Capital One and Fannie Mae, created 490 new affordable housing units with plenty of open space and playgrounds for families.

New York City's first Section 8 (low income) allocation was for Manhattan Plaza, a property near Times Square, once considered undesirable because the neighborhood was seedy and gritty.

Related Companies spearheaded the Plaza's development with funding from Wells Fargo and Fannie Mae. The goal was to attract residents who would have a vested stake in the project's success, namely performance artists. The Plaza's 689 units now house 2,800 people; 70 percent are performance artists, 15 percent seniors, and 15 percent community members.

As residents' finances ebb and flow, so does rent, guaranteed to be no more than 30 percent of income. Alicia Keys, Patrick Dempsey, Angela Lansbury, and Terrance Howard all once called this "miracle on 42nd Street" home.

Hotel Oakland's 1912 opening was attended by Hollywood elites, politicians, and socialites, and was called the "most important social event in Oakland's history." Years later, the hotel fell on hard times.

The facility's programs combat isolation, the number one health risk for seniors, by keeping them mentally sharp and physically active.

The Section 8 (low income) property was refinanced to pay for upgrades in 2015 by Prudential Mortgage Capital and Fannie Mae. 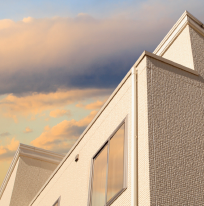