November 6, 2014 - Fannie Mae filed its third quarter 2014 financial results this morning, and it’s been another solid quarter for the company and for our Multifamily business. We continue to deliver on our mission to provide liquidity and affordability to the mortgage market, enabling families to buy, refinance, or rent homes. A few highlights from our filing are below, including our multifamily results.

If you have any questions about earnings or any other aspect of the multifamily business, please don’t hesitate to reach out to me. 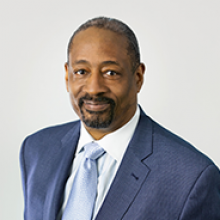